While COVID-19 was starting to spread in Wuhan, the rest of China was busy preparing to celebrate the Chinese New Year. The rest of the world stuck with their national issues. Australia was suffering from destructive fire, the U.S. was preoccupied with the 2020 election, while the Europeans remained joyous and celebratory in their mass gatherings. People were oblivious to what lay ahead, to what was already unfolding. Do you even remember what you were doing before the whole world started taking this threat seriously?

Traveling and eating out used to be the hobbies some people had before the COVID-19 spread. We can watch a movie at the theater and have sleepovers with no maximum number of people or restrictions. Everything was normal; a smile could easily be given. When we wanted to go to the mall or practically anywhere, we could, and no one would dare tell us to go back home and shut our doors.

If there were complaints, those from students are just about activities, exams, and their crushes. Employees were about their travel time, a mountain of tasks, and colleagues. Bosses focused on inefficient operations, employees, and business-related concerns.

Then March came when the virus started spreading all over the world. WHO finally sounded the alarm that it was indeed a matter of consequence.

Borders started to close, cases continued to rise, and the cure remained far down the line. Suddenly, we are at a time when staying home means saving lives. Those who refuse to practice social distancing, wear face masks, and adhere to safety protocols were condemned. Fake news causing more panic spread like wildfire online.

Companies that did not have a contingency plan for the this-which company did?-suffered greatly; even those who were giants in their respective industries were not spared. Airlines ceased their operations. Restaurants, gyms, game centers-most establishments had to close.

Consequently, many workers lost their jobs. Some governments had distributed financial aid and ration of foods; others did not. Those who had no emergency funds struggled even more, not only for fear of contracting the virus but to merely survive their day-to-day lives.

Hospitals were jam-packed with inpatients to the point that hotels and other establishments had to be used for more admissions. Those working on the frontlines were tired, sick, dying, or dead. It was a wake-up call that countries need to invest more in their healthcare and pay more attention to healthcare workers. However, the status quo put the economy at stake. Some countries like Japan tried lifting the restrictions, which resulted in a new wave of cases and aroused criticisms from its citizens.

Italy became the epicenter of COVID-19, while China was starting to flatten the curve. Countries hit by the SARS-CoV-2, like Taiwan, had better response and tracking this time. They were able to repress the spread and protect their economy.

The development of a vaccine with the highest efficacy rate became a race for power among nations. On the other hand, average citizens had to stay home and wash their hands in case of outside contact.

Eventually, another variant called the Delta variant had mutated. The country severely affected by this was India, and it had a soaring number of daily positive cases and, consequently, death rates.

Finally, we started seeing the light when the vaccines were done with the development and testing. As of this writing, 36% of the world population have been fully vaccinated, and 48% have gotten their first dose.

There’s hope. We can already go to restaurants and offices, but we shouldn’t be too complacent. Aside from the face masks we and the office clerk wear, tabletop acrylic barriers can also help lessen the spread. We must still practice caution since those who have been vaccinated can still contract and transfer the disease.

I couldn’t imagine this happening to the world without technology. While remote work, distance learning, online shopping, and food delivery have been around for a while already, it was only during the pandemic that we have been left with no other rational choice.

What would the world look like after the pandemic? Some people say they couldn’t wait to go back to their everyday lives. But I hope we will not look at the world the same way we did before everything happened.

We should no longer take for granted the freedom we enjoyed, withhold smiles we could have easily given, and the air we breathe with no filters. Every tragedy comes with significant lessons. We should move forward with the lessons learned and more appreciation for life. 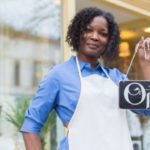 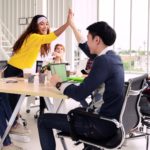 Guide to Finding Employees for Your Startup Small Business 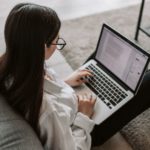 Working from Home in the Internet Age: How to Make It Work for You