5 Guidelines for Using Social Media Effectively to Build Your Brand 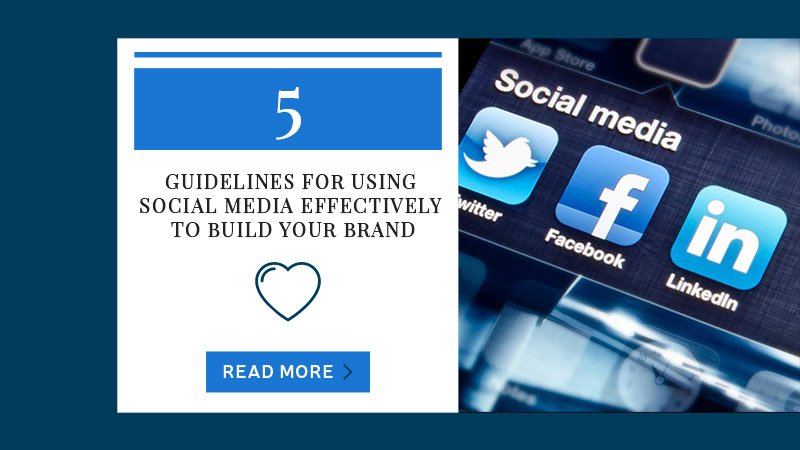 AraixUniversity.com is a small business marketing blog. We help individuals to start and grow their online business in a specific niche. The main goal of this website is to provide the latest marketing strategies and hack so anyone can build a stable online income.


Using social media in a business setting isn’t a new concept, yet many companies simply don’t see any value in it. To some, these websites might not seem like anything more than a place to share selfies, and pointless daily updates, but that couldn’t be further from the truth.

Every minute, there are meaningful conversations happening on social media, and to willingly exclude yourself from this expansive atmosphere is a disservice to your company. Twitter, Facebook, and other social sites are important to use, not only because there are tangible user benefits to them, but because your presence there also signals that you’re active in the social marketplace. If you or your brand is ready to join the digital world, make sure these 5 guidelines for using social media are understood before jumping in headfirst.

Getting started with a brand new social media account is probably the hardest part of the entire process. Nobody wants to send their tweets to four followers, as few, if any, will see your message, and you’re not likely going to get any engagement. Not only will the content be sent into a void, but some will find speaking to an empty auditorium embarrassing.

Well, get past that.

Every social media account in history has started off with zero followers, no subscribers, and no likes. Building a following will likely be tedious and time-consuming, but starting the process now is undoubtedly worthwhile. It’s like the ancient Chinese proverb, “The best time to plant a tree was 20 years ago. The second best time is now.” Except, in our case, it’s a little less profound.

The best time to start a social media account was five years ago. The second best time is now.

During the process of growing your user base, there’s one vitally important point to keep in mind: Don’t buy followers. It might help your vanity by being able to point to a follower count of 10,000, but if none of them interact with you, or care about your product, then what’s the point? It’s a waste of money, and we’re constantly seeing crackdowns on fake & bought accounts. It won’t help you grow your user base, and a likely scenario is that all your bought followers will eventually be purged, causing you to start all over again, not to mention the embarrassment and loss of credibility at being found out.

According to Kissmetrics, content with images gets 94% more views than those without. While that’s true, we need to clarify exactly what that means. It’s not enough to just attach a photo to a tweet, and sit back and watch it flourish. The image needs to be relevant to what your message is about.

If you see a Tweet with the text “Here’s how you can take advantage of social media” with a photo of a bushel of apples, chances are, you’re not going to click on that link.

However, finding a photo that perfectly matches your message is easier said than done. With Pixabay, Kaboompics, and other high-quality image sites, it’s likely that you can find something that’s at the very least tangentially related to your topic. Of course, there are paid alternatives which will open up a treasure trove of images, but if you’re stuck with a tight budget or none at all, you’re left without an easy solution. Fortunately, there are other alternatives.

If you find yourself having trouble nailing down that perfect image, why not try creating it? While that might sound like a tall task, with Canva, a site that provides you with easy and intuitive tools to design your own images, it’s simple. They have numerous pre-designed layout options, and thousands of photos, grids, frames, shapes, illustrations, icons, and charts for you to incorporate into your design. Long story short. Don’t settle for a photo that’s somewhat related to your topic. Create one that connects to your message. Having a social media account accomplishes a myriad of things, but out of all the benefits, there are two that stand out. The first is that it lets people know that your business is an active member of their social world. Without a way to connect with consumers and potential partners online, people may dismiss your company altogether.

When it comes to dealing with a business, I look for their channels on social media. If they don’t have a social presence, I don’t consider them serious in business. – Maria Johnsen

The second reason is that having an active account creates loyalty between your company and your (potential) customers. According to a study done by Texas Tech University, “companies who effectively use Twitter and engage in conversations with their followers were most likely to gain brand loyalty from those individuals.

Simply engaging with your customers will have a dramatic payoff. Just five-to-ten years ago, it was fairly difficult for companies to speak with individual customers. While you could always call the support line, wait times could range anywhere from non-existent to over an hour, and those waits, which haven’t gotten better, are hardly a way to grow customer loyalty and satisfaction. But now, with 140 characters and the click of a button, a consumer can reach a company in seconds, and have their specific issue addressed.

Let’s do a quick experiment. Check out Microsoft’s official Twitter account and compare it to Starbucks. Both offer products and services that have become integral pieces of everyday life, yet their timelines have vastly different looks. For the most part, Microsoft’s is full of their own tweets, and retweets of articles that either mention a revolutionary product they’ve created or those that mention their CEO, Satya Nadella.

On the other hand, Starbucks’ Twitter feed is filled with retweets of satisfied customers, as well as their own content. They interact and engage with their user base, which allows their customers to connect with Starbucks in a way that you can’t with Microsoft.

Currently, Microsoft’s pinned tweet is about someone named Patrick De Armas, who uses the “Microsoft Surface Pro 3 to create and manage his work.” On the surface (pun not intended…ok maybe it was), this is exactly the type of content they should be pushing on social media. It showcases their product in a unique environment and reinforces the idea that a Surface is a multi-faceted tool.

That message on its own is perfect, powerful, and exactly what Microsoft should be trying to accomplish. The only problem is that this specific example is a part of their features program, which is focused on in-depth stories. Unfortunately, these pieces require extensive planning. It’s not something that can happen organically and spontaneously. That’s not to imply that these posts are bad, in fact, they’re fantastic, but what Microsoft should also be focusing in on is taking advantage of posts like this. 12 words and one photo has shown that Microsoft is invested in the average consumer and that they’re willing to go above and beyond to make sure the affected user is taken care of. While this specific customer might not be as important to Microsoft as the previously mentioned De Armas, the consumer type is arguably just as important, if not more so. A post like this shows that Microsoft cares about someone who might spend just $250 per year with them, and they should be broadcasting that fact to their 7.74 million followers.

Users want to feel like “there are actual people behind the accounts they are interacting with.” Unfortunately not every company understands this and simply refuse to interact with the customers who populate their mentions.

5. You can convert on social media

The idea that you can turn Tweeting, Facebook posting, and LinkedIn sharing into tangible sales might seem like a fairytale, but it’s not far-fetched at all. Social selling is a way for you to engage and connect with customers on an individual level, in ways that weren’t available ten years ago. If this concept is new to you, check out Tenfold blog post on five-step process on how to “jumpstart your team’s social selling.”

Social selling isn’t going anywhere soon, and it would be in your best interests to start learning how to use it to your advantage, now. Just like building a following on social media can’t happen overnight, neither will the results from social selling efforts. It will take time and effort, but once you’ve broken through, the results will be worth it.

With the various social media sites that we’ve been given over the years, it’s important to understand how to best utilize them. While we’re often quick to dismiss these social channels, it’s paramount that each one is vetted to see if there are tangible benefits from using them. Even an app like Snapchat has a place in the business world. From a marketing standpoint, it’s a fantastic tool for promoting live events, giving people a sneak peek into your company’s daily workflow, or providing an early look at new material. The point is, be open to new technologies, and ways to connect with consumers. They could very well be the breakthrough your company needs.

This article was previously published on Tenfold Blog 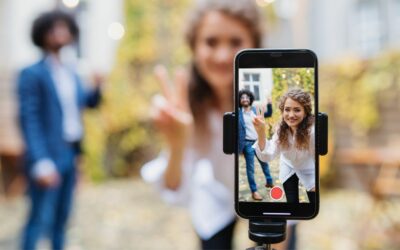 Many brands are now utilizing TikTok videos for their marketing strategies. TikTok marketing is a great way to reach... 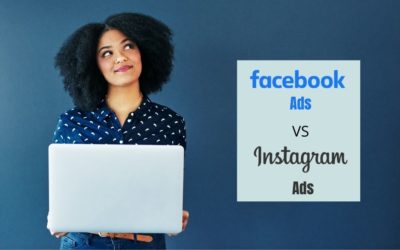 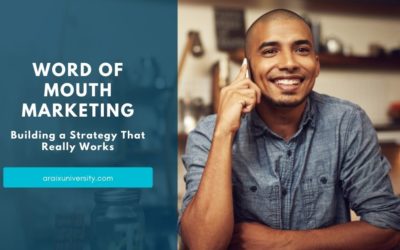 Businesses and marketers use a range of free and paid marketing tactics to attract customers and boost revenue....

You have Successfully Subscribed!